We're open 24/7 and ready to help you during COVID-19 with Sanitization Solutions.

Published by SEO on November 9, 2021 in category: Uncategorized 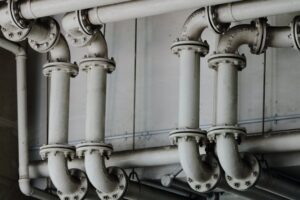 Frozen pipes can be dangerous and cause serious damage to properties. They may burst and flood your home, causing at least $5000 worth of water damage. That is why it is best to prevent such damage during this winter season; you can do this by preventing frozen pipes in the first place or by thawing your pipes to keep them from bursting if they are already frozen.

In case of water damage, restoration companies like 911 Restoration can help you restore water damage before it gets too severe and cause other types of damage to your property, such as mold and fire damage.

Not all frozen pipes end up bursting, but some do; this is because the water in the pipes expands when it freezes, which adds considerable pressure on unyielding water pipes. This pressure on the pipes can cause cracks or leaks at a joint, spilling the full water flow inside your home.

The above scenario can cause a considerable amount of water damage throughout the house. It was found that water damage from burst pipes is one of the most common homeowner’s insurance claims, with an average claim cost of about $5,000.

How to Identify Freezing Pipes?

A water pipe coated with frost is a good sign that it is frozen, but pipelines are not always visible in most homes. In such a case, you can tell the pipes are frozen if the faucets won’t flow and your toilets won’t flush water.

Frozen pipes could become a bigger problem; that is why it is important to take steps immediately. If you feel you cannot thaw them, a reputable restoration company like 911 Restoration can help you deal with the issue.

How to Thaw a Frozen Pipe?

Before you do anything to the pipes, it is best to shut off the main water supply to that section or the entire house. Pipelines become more dangerous once they begin to thaw. Think of frozen water acting as a plug, keeping all the water in, but once the plug is thawed, all the water would gush out through the cracks instantly. Keep a mop and bucket read close by when you’re thawing frozen pipes.

Here are a few tips and tricks to thaw frozen pipes and get your water running again:

What to Do If a Pipe Bursts?

If thawing frozen pipes lead to gushing water out of cracks, your first instinct should be to shut the main water supply to minimize flooding in the area. Next, call the plumber and let him know about the issue. Ensure they arrive at your place as soon as possible.

While they are on their way, don’t let the water stand there. Immediately dry out the place by removing as much water as possible using mops, sponges, towels, and a wet vacuum. It is crucial to reduce moisture in the room because excess moisture can lead to water damage and mold growth. You can do this by running a dehumidifier in the space until it’s very dry.

For bigger flooding problems and damages, call your insurance agent. The good news is that most homeowners’ insurance covers burst pipes and the resulting water damage.

After calling the plumber, call a Reputable company like 911 Restoration. We have specialized equipment, cleaning agents, and years of experience to restore water damage. Our actions are crucial to prevent further damage to your house. 911 Restoration provides water damage restoration in Atlanta, and the surrounding areas 24/7/365, with 45 minutes or less guaranteed arrival time. Call now at (404) 666-3855 to get our services.

Call us today with any questions or concerns! (404) 666-3855
559 Wimbledon Rd NE Atlanta, GA, 30324
*Property Owners Only. Restrictions Apply
**45 minute job arrival is subject to weather and/or traffic conditions as well as available resources.